Measuring heat with thermocouples or spot pyrometers can leave you with an incomplete picture of a device’s thermal properties. These traditional methods don’t offer the resolution or speed needed to fully characterize high speed thermal applications. Infrared cameras, on the other hand, capture thousands of points of high-speed thermal measurement, showing you exactly where heat is flaring up, and how fast. With the right infrared camera, you can gather reliable measurements and generate compelling data for your research.

In general, there are two types of thermal infrared cameras in use today. These are high performance cooled photon-counting cameras and low cost ­uncooled microbolometer-based cameras.

The majority of thermographic cooled cameras on the market today use a detector made from Indium Antimonide (InSb). Cooled cameras work by counting the photons of energy in a specific waveband, typically the midwave IR band at around 3-5 μm. The photons strike the pixels and are converted into electrons that are stored in an integration capacitor. The pixel is electronically shuttered by opening or shorting the integration capacitor. Typical integration times for -20°C to 350°C objects with a FLIR InSb camera range from about 6 ms to 50 µs depending on the camera model. These really short integration times make it possible to “stop motion” and make it possible to accurately measure very fast transients (Figure 1). 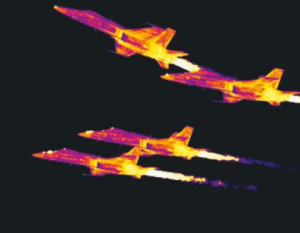 Uncooled cameras are lower cost, smaller, lighter, and have lower power consumption than the cooled counterparts. The pixels of an uncooled camera are made from a material whose resistance changes significantly with temperature. The most common materials for this application are Vanadium Oxide or Amorphous Silicon. Thermal energy is focused on the pixel and the pixel physically heats up or cools down. Since the resistance of the pixel varies with temperature, its value can be measured and mapped back to the target temperature via a calibration process. Since the pixels have a finite mass, they have a thermal time constant. Time constants for modern microbolometer-based cameras are generally between 8-12 ms. This doesn’t mean that the pixel can be read out every 8-12 ms and provide an accurate answer! The rule of thumb for a first order system responding to step input is that it takes five time constants to reach steady state.

Time constants and a thought experiment

A fun way to think about a microbolometer detector’s time response is to pretend that you have two buckets of water. One bucket is full of well-stirred ice water at 0°C and the other is at a rapid boil at 100°C. Allow the microbolometer to stare at the ice water and then instantaneously switch to the boiling water (a 100°C step input) and plot the resulting temperature (Figure 2). If we convert the thermal time constant of 10 ms into a half time to make for easier math, we get something around 7 ms.

Here we see that the microbolometer reports 50°C at 7 ms or one half time, 75°C at two half times, 87.5°C at three half times, etc. What would happen if we tried to read out this microbolometer at the equivalent of 100 frames/sec or 10 ms? The camera would report back 63°C and have an error of 37°C. The camera would accurately report the temperature of the pixel, but the pixel would not have reached the temperature of the scene that it was looking. In general, it doesn’t make sense to run microbolometers faster than about 50 frames/s.

Note how the fast integration time offered by the cooled camera stopped the motion of the blade (Figure 3), allowing for accurate measurement of the blade surface as well as the heating coils. In contrast, the blades are moving too fast to be recorded by the uncooled camera (Figure 4). Any temperature measurements taken of the coils would be too low, because the coils are being blocked by the moving blades. 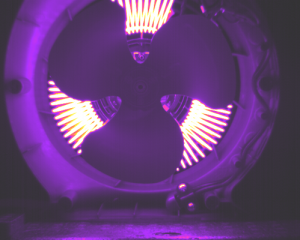 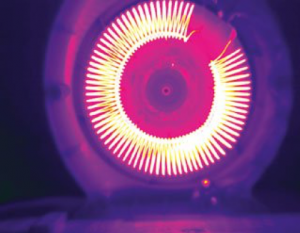 The second example of this same issue can be shown by measuring the thermal effects of rotating helicopter blades. The wind friction creates a heat gradient along the blade that increases as you move towards the blade tips. With microbolometer detectors, you cannot effectively stop motion on the object in order to accurately characterize and measure the true temperatures (Figure 5),whereas with cooled camera the motion of the blades can be stopped completely (Figure 6). 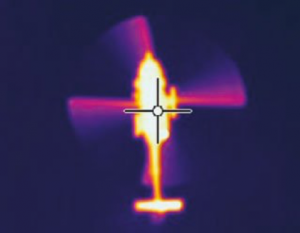 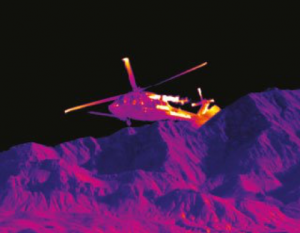 Rotating helicopter blades imaged with a microbolometer camera (left), and with a cooled thermal camera (right).

Get the right tool for the job

As you can see, it’s important to use the correct thermal detector for the job. If you choose a detector with an inherently slow response and then read it out at a high frame rate, you may end up with bad data. In general, microbolometers can be used for frame rates up to 50 frames/s. For tests with fast thermal transients or frame rate requirements, it’s usually best to select a higher performance cooled photon counting camera. If, however, high frame rates aren’t required, then an uncooled, microbolometer camera can be a cost-saver. 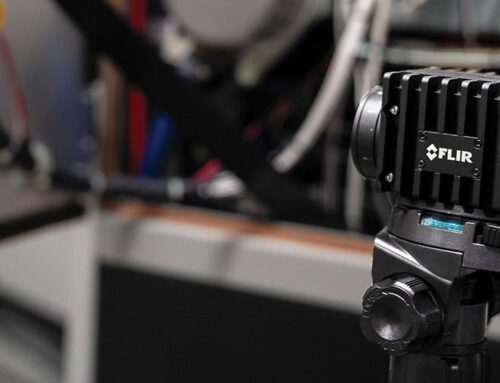 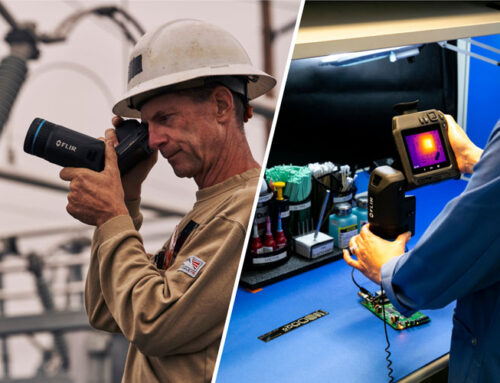 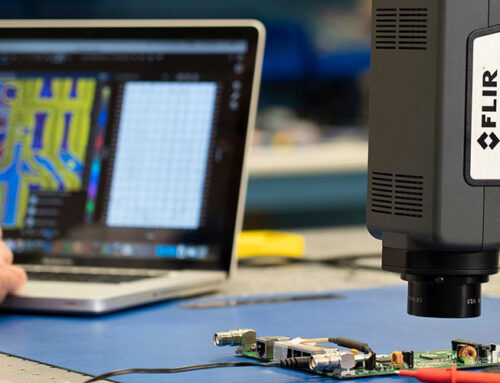